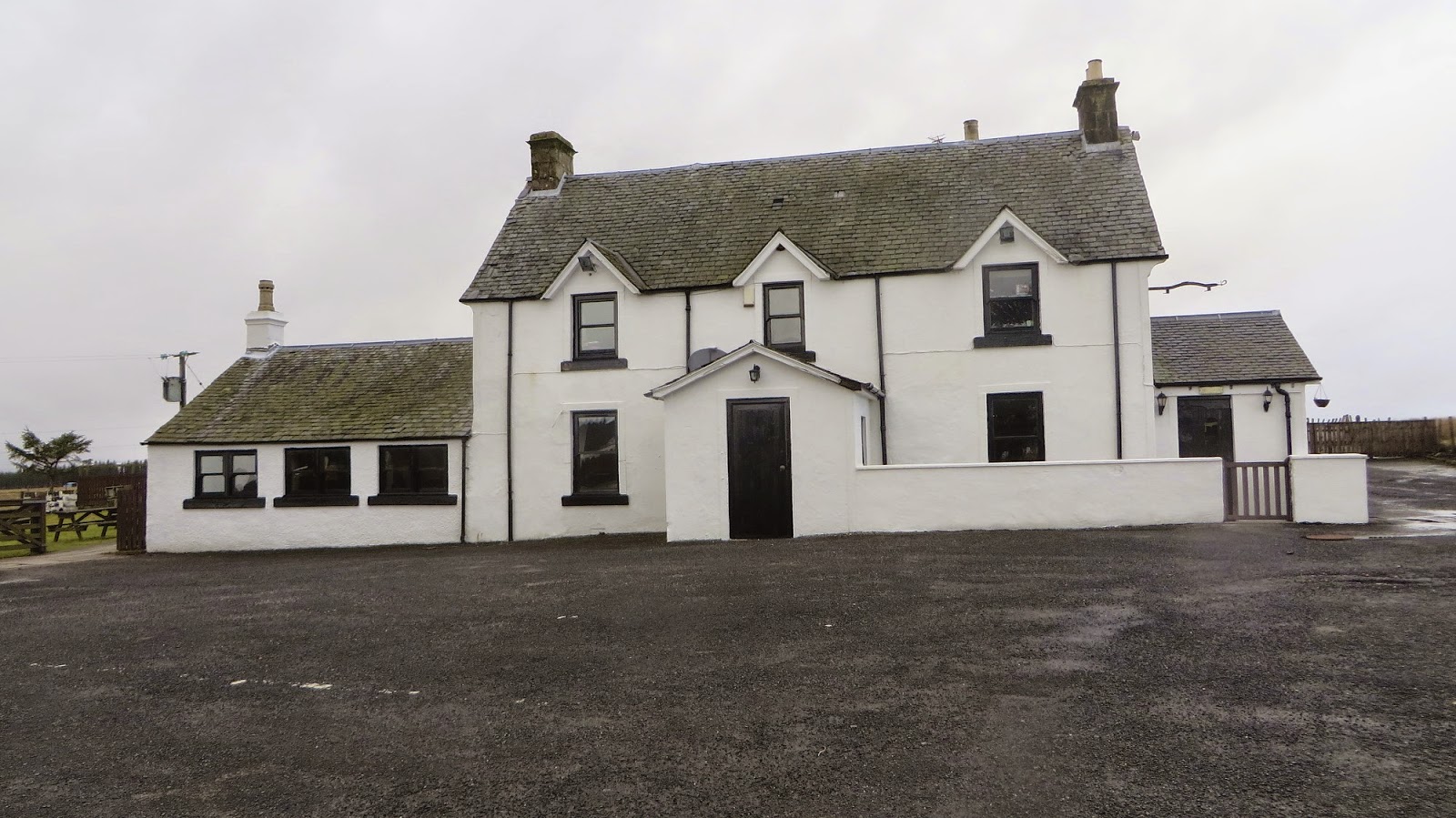 Farewell lunch for friends today who are moving “down south” to be near grandchildren.
We went to the Sheriffmuir pub, an isolated 17th century Droving Inn, and these photos was taken from the car park. ( It was far too cold to walk far, anyway we were not dressed for it). 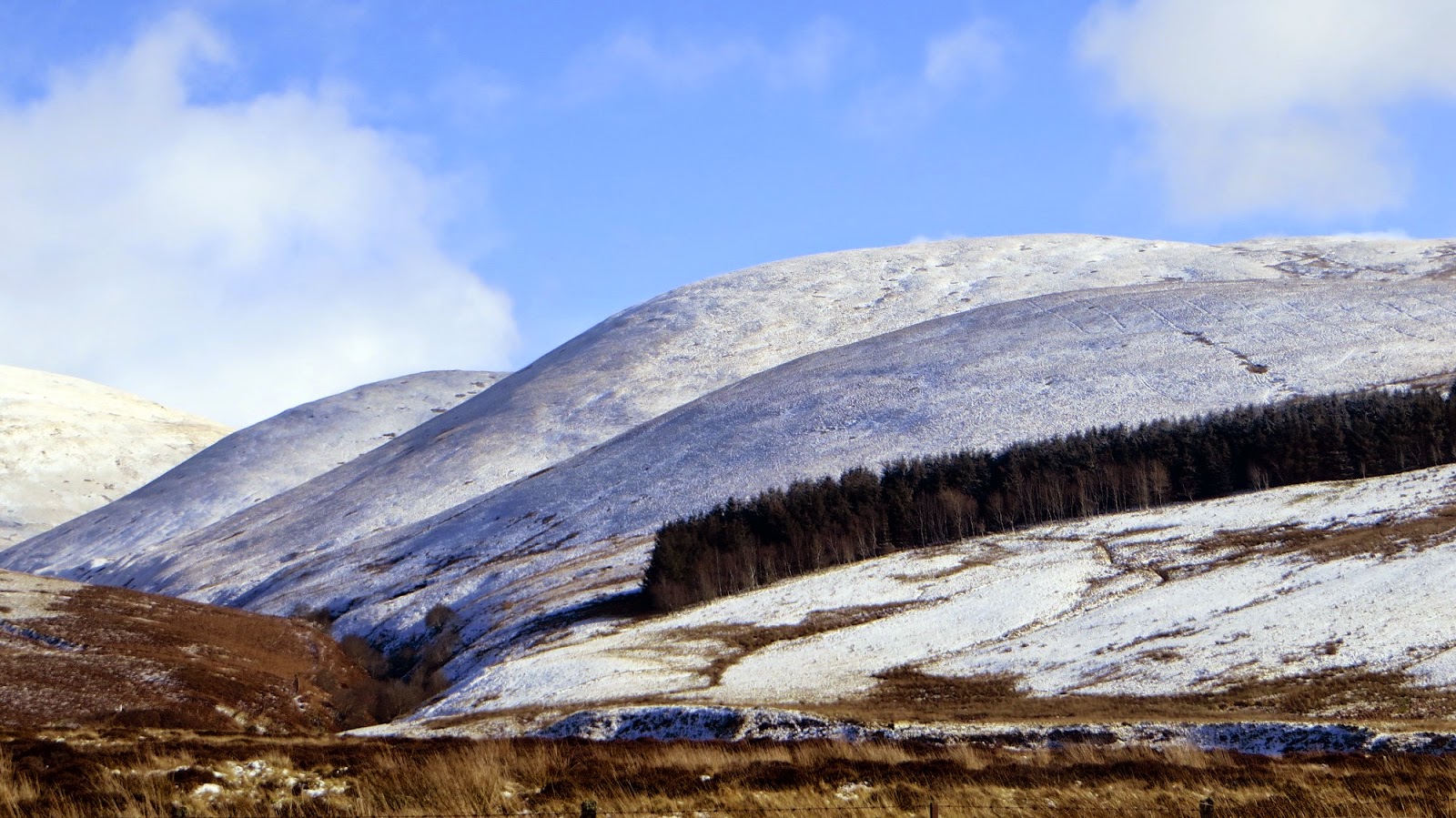 As the snow began to fall we wondered if it had been such a good idea to choose such a remote spot. But the snow did not settle except on the mountains.

This is the area where the famous Battle of Sheriffmuir 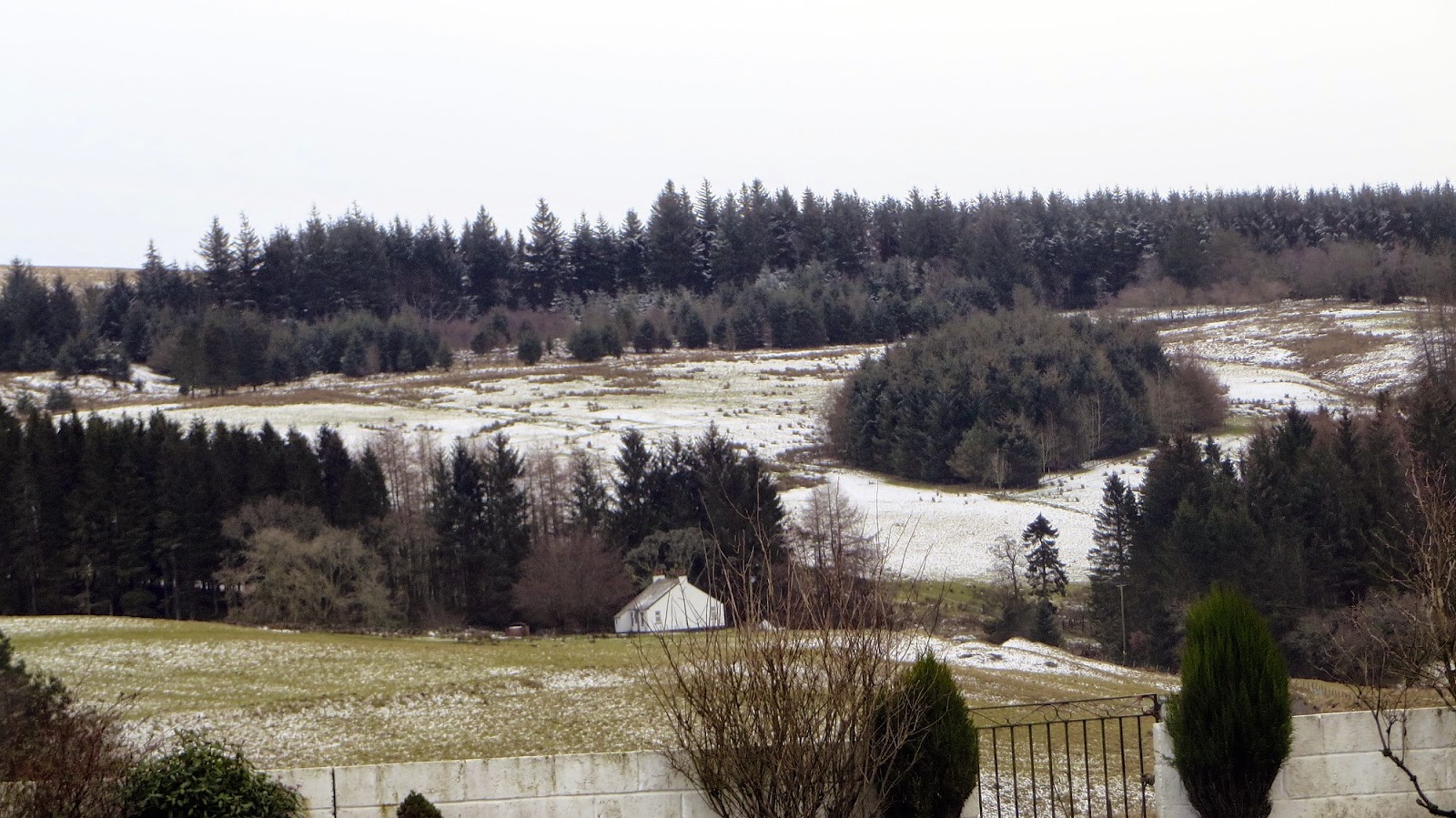 was fought in 1715 during the Jacobite rebellion in England and Scotland. The battle was inconclusive with about 700 slain on each side.
Posted by Ann Shaw at 11:13 AM